The first Saturday in October, Smoky Lake Alberta hosted the 31st annual Pumpkin Fair. I had never been. Since I haven’t been on much of a vacation this year, I thought I would continue the ‘Alberta Staycations’ I have been experiencing.

Smoky Lake is about an hour and a half northeast of Edmonton. The hubs and I stopped at Tim Hortons for breakfast and steeped tea ( I might be the only Canadian who doesn’t enjoy their coffee but they make EXCELLENT steeped tea) and headed north-ish.

I love a good road trip.

There was a long convoy of vehicles travelling from Edmonton to this small town. Since we had no idea where we were going, we followed them. That took us to the school that hosted the Farmer’s Market.

There was a part two to the market down at the gazebo which we would visit later. The first impression was, damn Smoky Lake residents, good on you for supporting this event in full force. I am sure the entire town was here plus visitors from surrounding areas and Edmonton. I knew many people who came to this but only saw their Instagram posts, I didn’t run into them.

The lines for the market tables were slow. One woman asked the vendor where the farmer’s market was, and he laughed and said – you are here. To be fair, it was really a craft fair, the farmer part was down the hill.

So many people and lots of quilts, candles and indigenous creations from beadwork to moccasins. The knitted sweaters and alpaca woollens were stunning! This is where I ran into an old friend I’ve known for 50 years.

We took the obligatory selfies and then she and her hubs were kind enough to show us around the fair! To be honest, I was grateful. This place felt overwhelming for me, plus it was fun to catch up.

We left the busy school and climbed down the hill towards the midway and gazebo where Famer’s Market part II took place.

There were fewer farmer stalls than I expected. I think the bulk of the growers were in the building that charged admission. This was where the pumpkins and gourds compete for largest.

There were some amazing things to see.

If I played cribbage, I would be all over these. It made me think of Sundays at my grandpa’s house. He would break out the cribbage board and play his boys before dinner. I wish I could have given him a set.

We found wine – even hemp wine!

We found alpaca wool galore. I bought three dry balls to try those out. I am on a quest to reduce single-use plastics and unnecessary chemicals. Goodbye fabric softener, hello wolley dryer balls.

I fell in love with alpaca shawls and took the producer’s card so I can call her when I free up some cash flow after Christmas.

After we looked at all the vendors, we went out towards the midway.

It brought back memories of Sherwood Park’s Medieval Days where my friends and I would hang out on a Friday and Saturday night each summer.

By this time it was getting late and we needed to be back in the city for dinner with a friend, plus we wanted to visit the Victoria Settlement provincial historic site. So we bid each other goodbye and did a drive-by of the show and shine downtown.

Hearses were out! That is a proper car for a pumpkin fair show and shine!

I am sad to report that I didn’t stick around for the giant pumpkin weigh-off or the smashing pumpkin, but this photo from RaisingEdmonton.com will give you the idea of the size and scope of these beauties. 1500+ lbs. How great would that be for a jack-o-lantern? 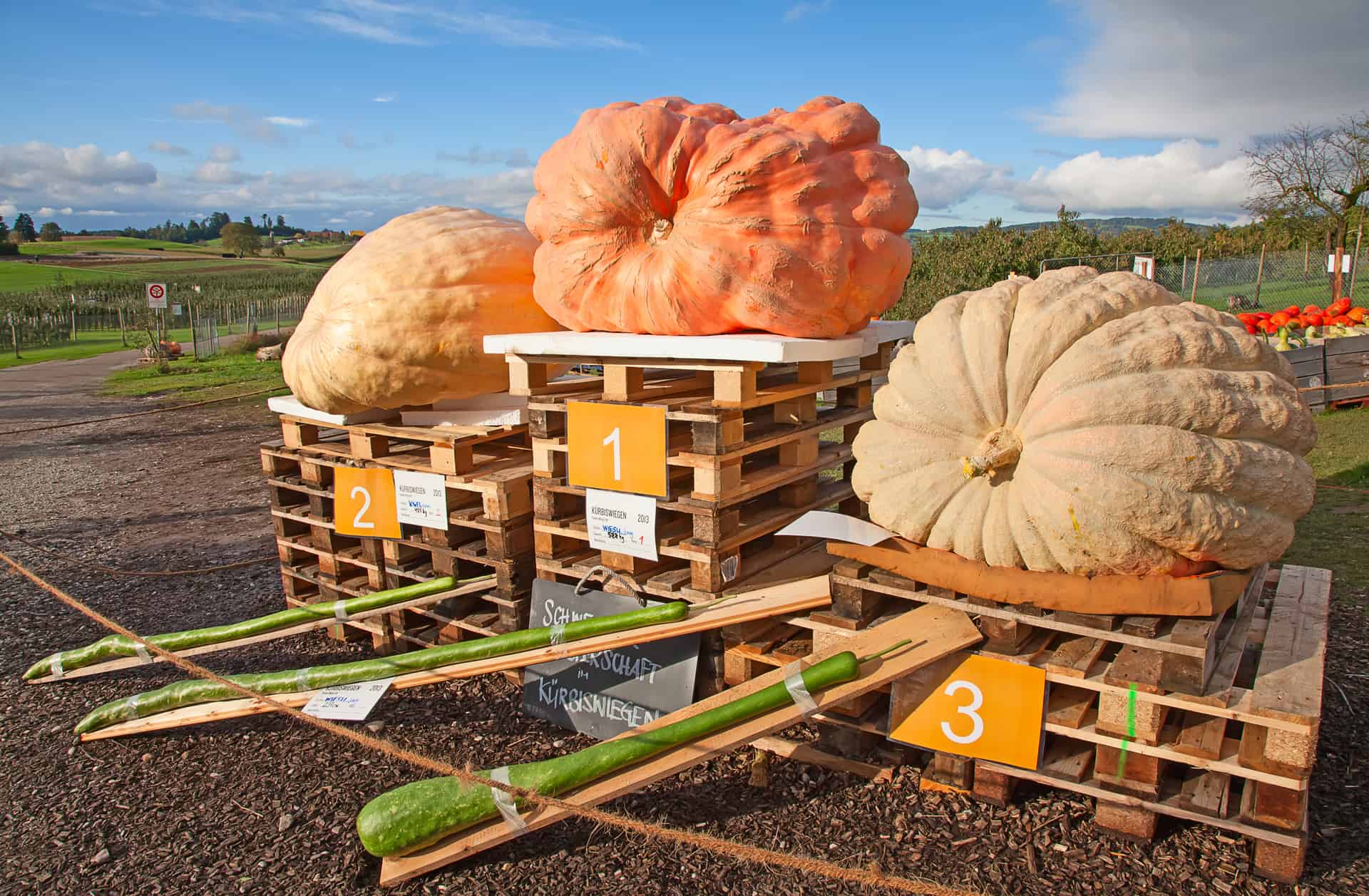 If you missed it this year, pop it into your calendar for 2020, the first Saturday of October. It’s worth a visit.