Up until this summer, I had never been to Pigeon Lake. I have lots of friends who have cabins out there or who spent summers on the water, but my family always went to  Miquelon Lake or Wabaum. Pigeon Lake was never a thought or possibility. I am not sure why. All I can say is, we missed out.

I created a big event for work that took place at Pigeon Lake Provincial Park. This required me to visit the park and get familiar with it so I could be an expert on facilities and location. I visited enough that I felt comfortable to plan activities and work in this environment. What I didn’t expect was learning how beautiful and lush this park is.

Pigeon Lake Provincial Park is located about an hour southwest of Edmonton, west on Hwy 13 and North on secondary 771.

The park is green and lush with ample day-use and overnight facilities. The Park’s staff is knowledgeable, accommodating and the most lovely humans to work with.  Work took place over in the Group Camping site for three days. Huge spots that accommodate up to 50 units, each come with a large four-foot diameter fire pit, camp shack, 10 electrical hook-ups and one water tap. We used this area to the maximum. We had games, workshops, campfires and concerts. But unless you plan your own weekend, these activities are not available to you. Sorry – but the Parks people have great interpretive activities going on over at the Day site near the camp store.

I took time to explore the endless trail system that winds around the campground. Great for hikes and exploring. One morning a bright orange fox stopped on the road to look at me but as I pulled my camera out – he left me and made me feel like a liar as I told everyone I saw a fox. The mosquitoes were abundant as were the dragonflies. There were still wildflowers in bloom on the paths, such as asters and columbines. 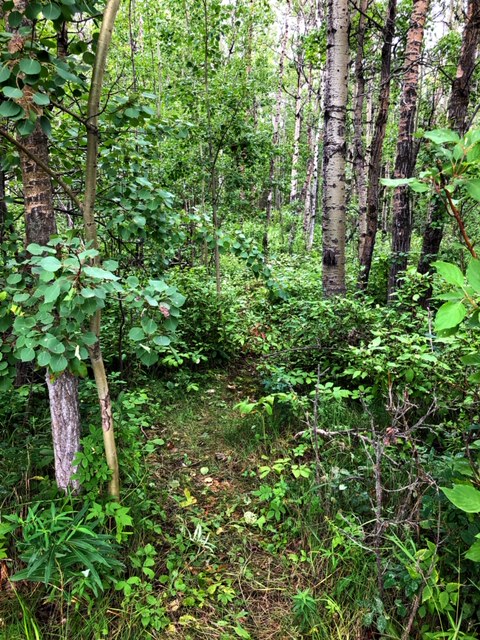 I explored the paths most travelled and the paths not taken. I felt like I betrayed Captain being there without him by my side.

Once the dust settled on the weekend and I took a moment to enjoy the peaceful setting, I was grateful for the opportunity to explore parts of my province and be paid for it. As a traveller and explorer, you have no idea what that means to me. I have been to parts of the province I never would have thought to explore and all I can say is, wow Alberta, you are beautiful.

The best part of this park was the smells. I love the smell of the Boreal Forrest. We are on the cusp of the boreal and with that comes the smells of the aspens, low and high bush cranberries, deep loam and other vegetation only found outside of the city. The park was quiet except for our group – but we kept it quiet after 10 pm – an hour earlier than we were required to. Three steps down the path and suddenly you are in the middle of nowhere. 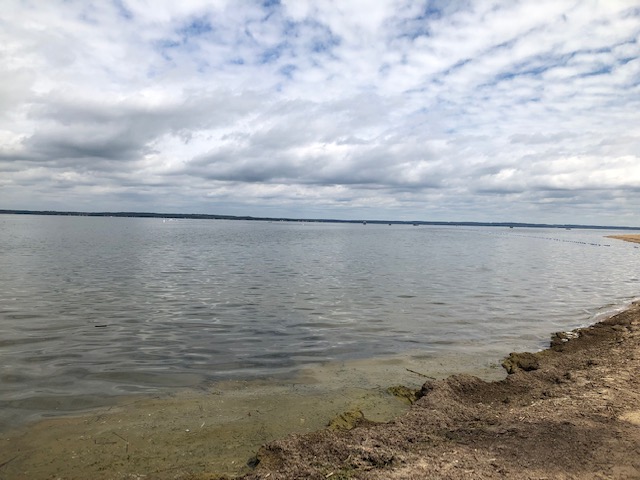 I walked down to the beach. The park staff suggested I head to the boat launch because fewer people would be there rather than the day beach. They were right, just a family bringing in their boat on a Sunday afternoon. Further down the beach, people were in the water, apparently, it was a good year for swimming because there wasn’t enough heat to bloom the blue-green algae that prevent the lake from being swim accessible. 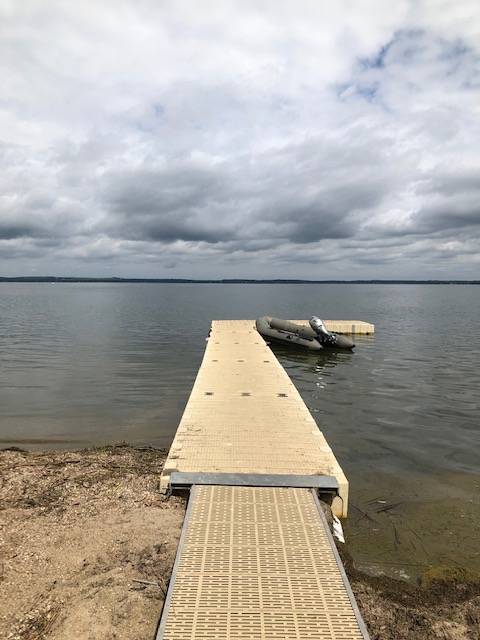 As I stood on the peer I felt the tension of the weeks float away. I always loved being at the lake – didn’t matter what lake – I find water incredibly soothing to me. I prefer the ocean but lakes and rivers will do in a pinch. The energy is the same healing energy that soothes me.

I walked a bit down the path that led to the day area but the screams and laughter from the playground made me reconsider. Instead, I headed in the other direction where the land was vacant of humans. 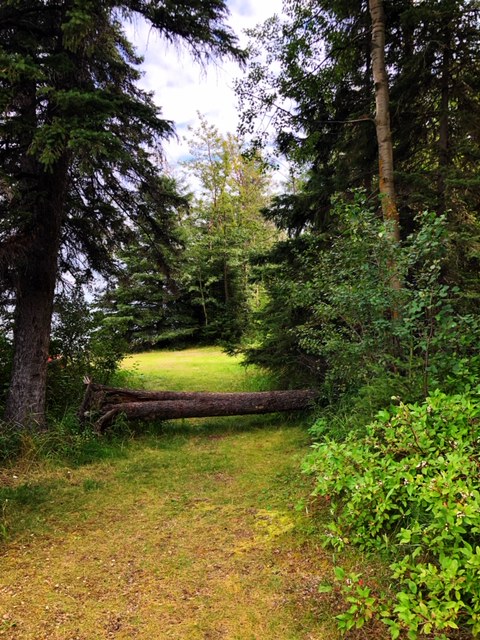 If you camp, there are lots of options including yurts for a glamping experience. If you paddle a canoe or kyack, you are in luck, lots of open water to explore. The lake was filled with anglers trying their hand at capturing the daily catch. I was content just standing there watching the water lap against the shore.

I know most people head to the North shore or Ma-Me-O Beach but I suggest you forgo the usual and head towards the Provincial Park, it doesn’t disappoint. 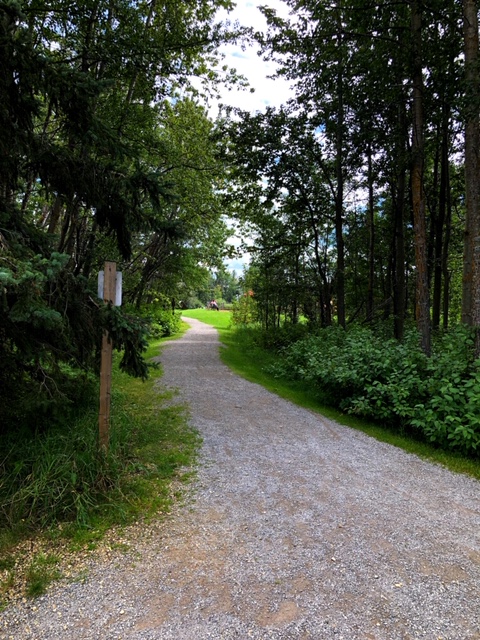