It was a Christmas miracle. The most perfect poached egg I have ever created. My daughter let me know it was better than the one she had for breakfast Christmas Eve morning at a restaurant. It was visually beautiful, tender and tasty. All the things you hope for your own poached egg when making Eggs Benedict.

Fun Fact: In 1894, Lemuel Benedict, a Wall Street broker, who was suffering from a hangover, ordered“some buttered toast, crisp bacon, two poached eggs, and a hooker of hollandaise sauce” at the Waldorf Hotel in New York. *Does anyone know what a hooker is in reference to hollandaise? A vessel? A measurement? A gal to join at breakfast?

I have been trying for years to achieve the perfect egg to lay across my back bacon (Candian Bacon for you out-of-towners. No, we do not call it Canadian Bacon, its back bacon and its nothing like bacon. Its ham.) I have tried the vortex method – stirring the water to create a vortex, but you can only cook two eggs at most using this method. I have tried baking them in ham cups in the oven, delicious but easily overcooked plus I miss the tang from the vinegar in the cooking water. My eggs always come out shaggy. Then one day I found the secret!

I was watching Bon Appetite on Facebook – I love the test kitchen videos. Brad from It’s Alive is hilarious. Priya is new but is my favourite. I love Carla and her blind instructions. Andy is just really great to look at. Don’t even get me start on Claire and her series on replicating store-bought stuff. She made Skittles from scratch people, FROM SCRATCH! Then there is Molly. She is pretentious, but she is always right, so I listen to her. She was bang-on about the Caesar salad so I figured she would be correct about eggs benedict for a crowd. Who can poach a dozen eggs at once? Molly can. She is a genius.

You can watch the video like I did. I didn’t expect it to be so spectacular. Cracking the egg over a sieve was amazing. You lose the watery bits of the egg white but not enough to lose the egg. 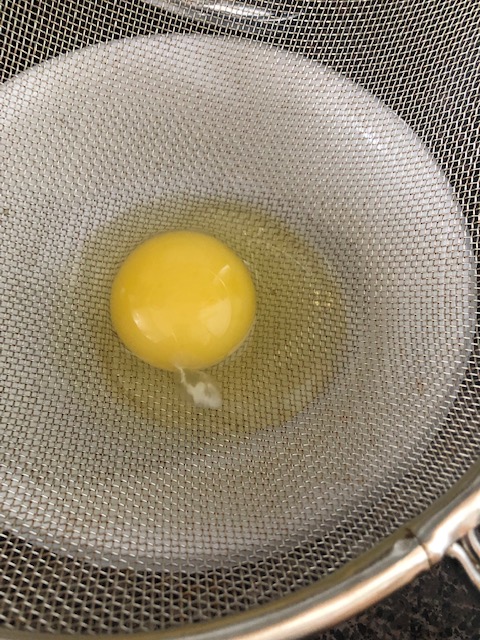 I dropped it into the water (laced with salt and vinegar). It was just six eggs I was making, only three of us for breakfast Christmas morning, I cooked them for longer than three minutes. I like my eggs almost firm. My girl likes them runny – so that was fairly easy until her egg kept cooking and wasn’t running at all. So she will get a three-minute egg when I make Christmas Breakfast for my parents when they return home from Europe. 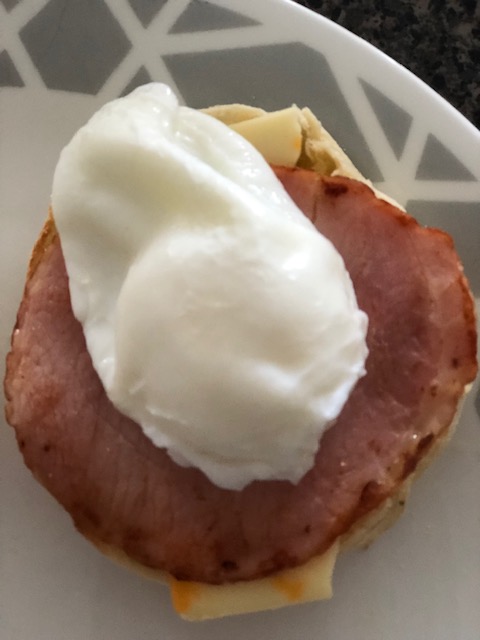 LOOK AT THAT PERFECTION!!! This was an egg without the sauce. I made more the next day and used up the back bacon and added cheese. I put another half English muffin on top and called it a breakfast sandwich. Eggs done this way are magical.