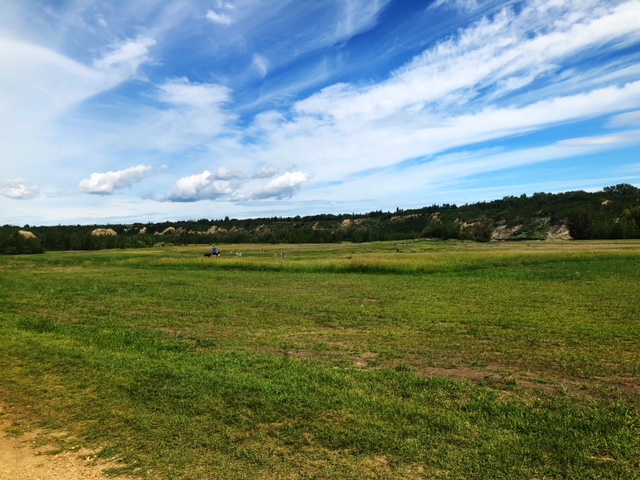 A couple of years ago, Edmonton opened the Terwillegar Foot Bridge adjacent to the Terwillegar Dog Park. I explored that park as part of my River Valley Parks series. But I didn’t cross the bridge. I have been wanting to walk this part of the valley for ages, so I put it on my list. The 18 for 18 list. 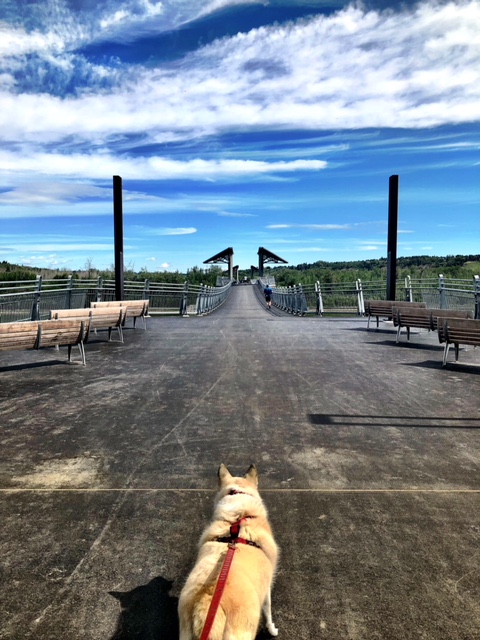 When you cross the bridge to the north side of the river and follow the trail, it leads you to the Fort Edmonton Footbridge. This is my favourite bridge. The Fort Edmonton loop is the loveliest little 5k. One time I ran briefly with Kelly Buchburger, former Edmonton Oiler Captain. That was a thrill, he was kind and friendly, then he opened up his stride and left me like I was standing still.

I had always wanted to walk that north section of the trail but never did, so I put it on the list. My pal Captain and I decided to walk it today. When I walk with Cap, it is like walking with my brother or my Chatterbox. I walk, they run ahead, run behind, run off to the side. Basically they ran an extral mile for every mile I walked. There was so many things for him to explore and sniff.

When we crossed the bridge, I was surprised to see grassy meadows. When I walk to through the valley, I expect to be in the woods as in the case with the other parks I explore. Closer to Fort Edmonton, the path is lined with trees, so I expected the same landscape. The meadow started as short grass, but as we climbed the hill (slope? incline?) the grass became taller. Wild flowers were growing sporatically all over the field.  We saw vetch, bedstaw, clover, wild roses, dogwood, morning glories (why is morning glory growing in the river valley?) canola, and camomile. There were butterfiles everywhere! One little orange guy few along with us and booped my chin to say good bye when we entered the woods. 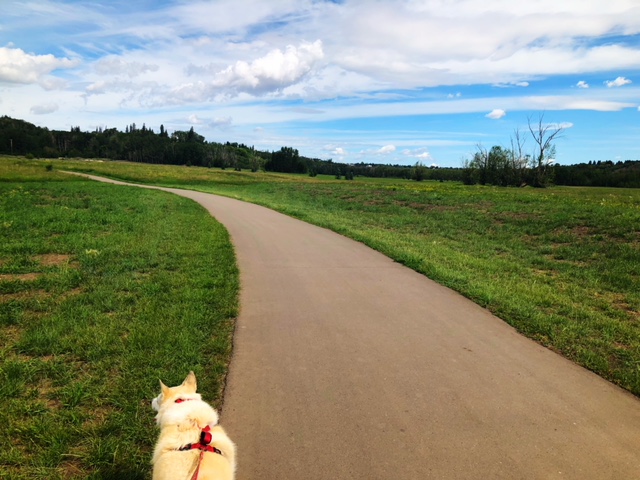 The path was filled with walkers, runners and cyclists. Dogs stopped to say good morning. But one thing struck me as we strolled along, it was silent. I could hear the wind in the trees and birds singing but I did not hear traffic. It felt like I was in the middle of no where. That was the best part of the walk. 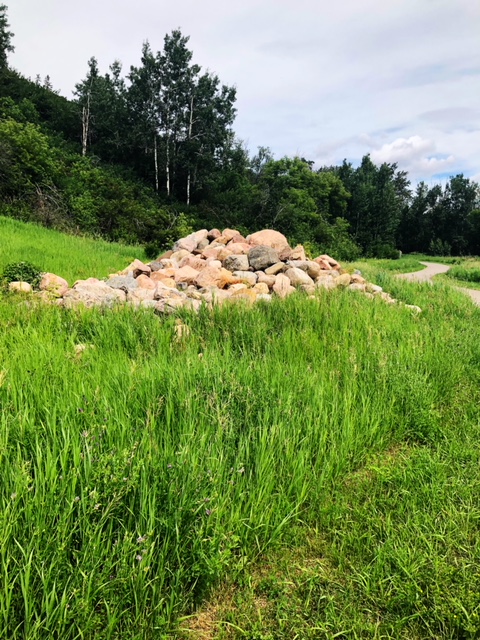 I one point there was a giant rock cairn, not as uniform as in the Scottish Highlands, but it was the kind of mound my dad would encourage me to climb. When ever we walked past a pile of rocks, I needed to climb them, walk past water and we needed to spit in it, walk past a hill and we had to run up it. All were the rules of the walk. This time I just took a photo. Gone are my climbing days but I could imagine my ghost of walks past climbing up to the top. That was almost as satisfying. 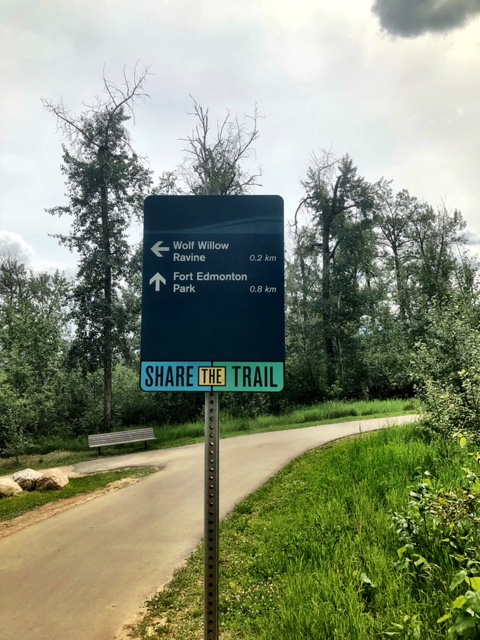 When we rounded the bend, I saw the familar sign indicating the Fort Edmonton Foot Bridge. 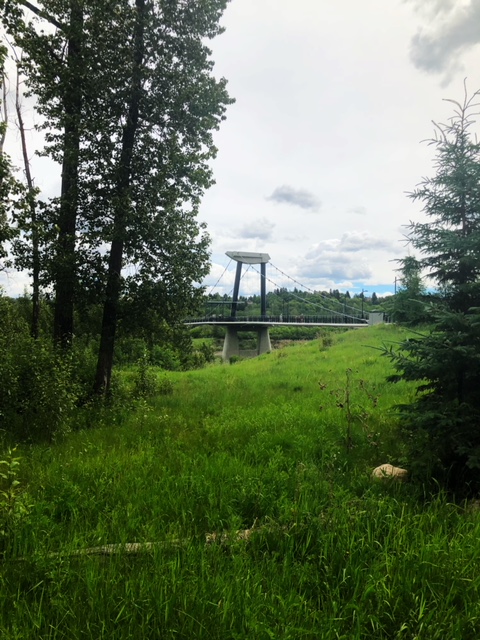 Now I was in familar territory. The river is down once again and beaches are springing up again. This one was filled with people playing fetch with their dogs. 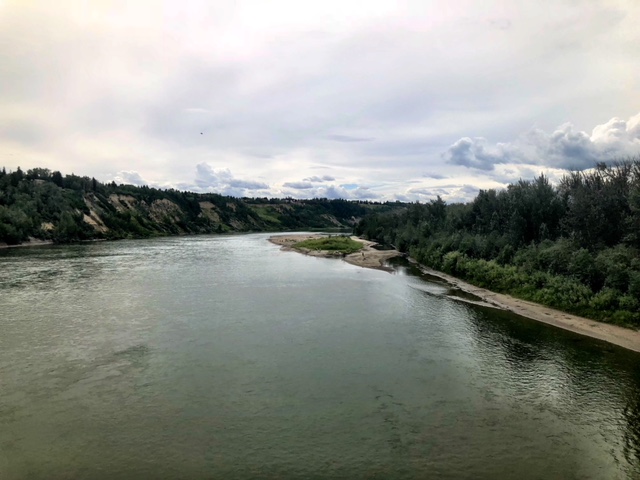 I enjoyed the silence today and loved watching the butterflies, but I think I still prefer walking through the ravines. I have two new areas of the valley to still explore and they are ravines. Soon, I will visit them. 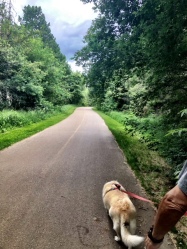 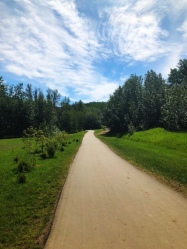 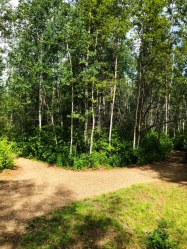 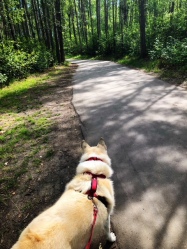 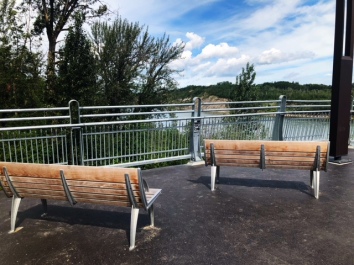 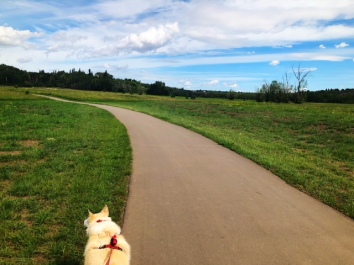 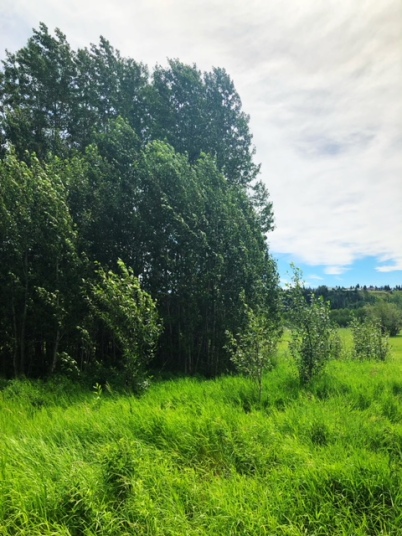 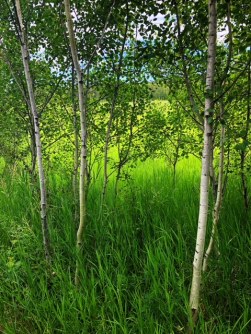 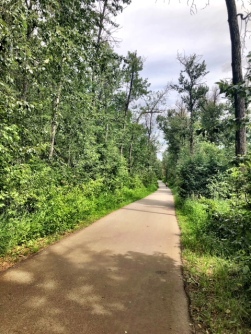 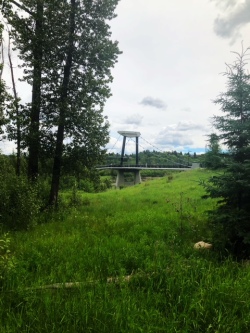 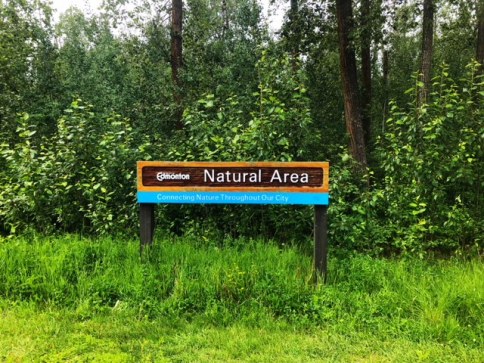 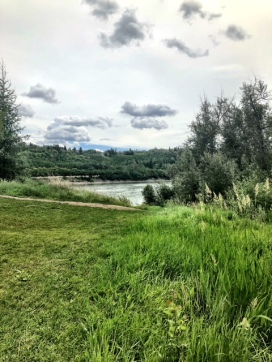 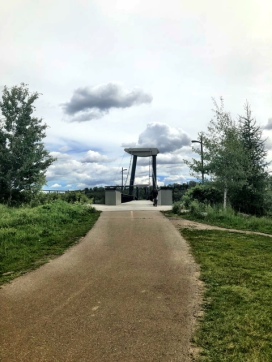 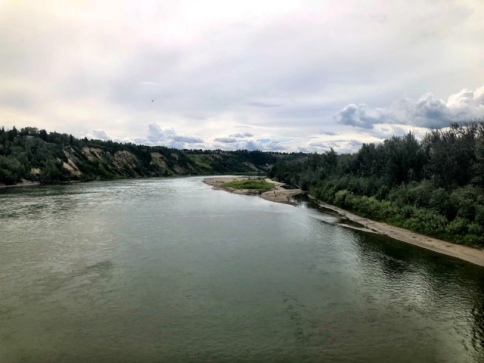 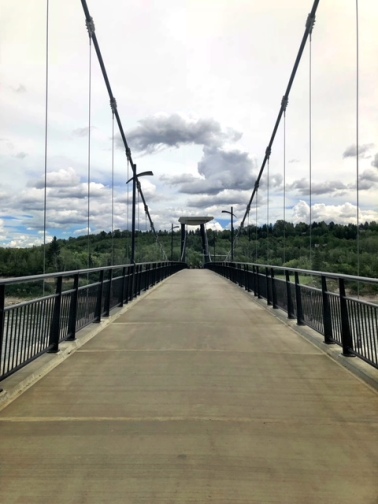 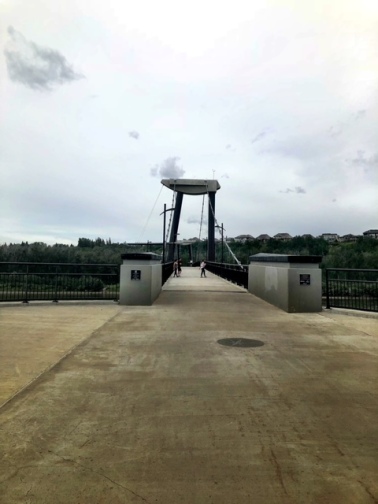 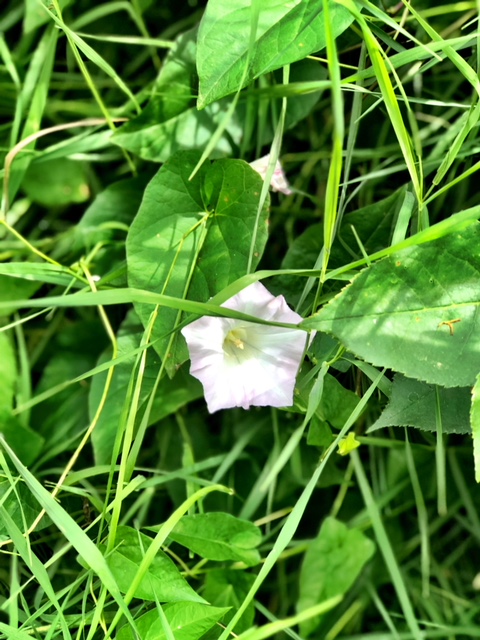 Took a drive a accidentally found NW Division. The half mast flags feel a little hypocritical. Beautiful building.
I love painted signs. I think they give a neighbourhood massive character.
I love random art that people can enjoy
Throwback to spring on Sunday.
I’m always surprised at how the skyline has changed.
I know where everyone went on Sunday.
You are here
That Alberta blue sky tho
Just in case you were thinking about it...