Lots of people are going to read this and think I am blaming. I am not. I am healing. That is a big difference. 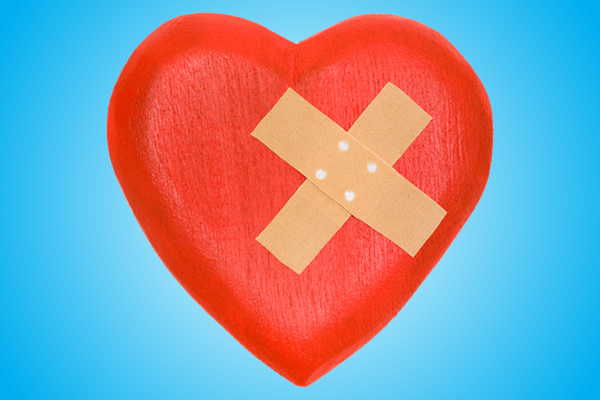 Here is something you don’t hear everyday:

I was in an abusive relationship.

The question is WHY don’t we hear it? Likely because the whole issue of victim shaming comes up. It is as if the person who was abused should have somehow stopped it from happening.

I have news for you: They don’t know how. When you are in that situation, you can not see your way out.

I met this man (and I use this term lightly) when I was 16 and he was 21.  He took over my life by separating me from my family and friends, tell me my mom didn’t love me and I needed to accept that. I was emotionally abused, mentally abused and sexually abused and raped (for the record: nonconsensual married sex is STILL RAPE) I broke up with him once but because I didn’t tell anyone why – I felt forced back into that relationship. I can’t tell you why I told none. I don’t really know. I do know I can speculate.

I have had a lot of triggers lately that have brought me back to that moment when my life was the darkest. I understand that people expect me to just ‘let it go’ but it is nearly impossible and there is science behind it.

Doctor Bruce Perry has done copious amounts of research on the effects of Brain Trauma in Children. The human brain does not fully develop until it is 25 years old. The younger you are, the more affected by trauma you are.

For example: An infant and a 12 year old witness the same incident. The infant will have longer lasting affects than the 12 year old because the brain isn’t as developed. However, both with suffer long term. This explains why incidents from childhood are harder to get over than incidents as adults. Adults can put things into perspective. Children have zero life experience to go on.

I was 16 -26 years old during this time. My brain was not fully developed. I did not have the tools to figure it out.

Looking back, it is not my abuser who upsets me, it was the lack of empathy I received. That was the part that was traumatic. I wasn’t believed when I told people, if I was, I was judged for not fixing it.

I was in Costco the other day and I witnessed a man (again I use that term loosely) yelling at his girlfriend in the middle of the store. He was shaming her about her decision to purchase something without his approval.

My first thought was “if he is doing this in front of strangers, what will he do to her in private?”. I became the person who I wanted to rescue me when I was in that situation.

He was dropping FBombs ever second word. His body language was threatening. He was furious and shaming her was making him feel strong and powerful.

I crept uncomfortable close to this couple. I inched my way until I was in his space, but beside her in solidarity. I just stared at him and he finally turned to me and said “WHAT THE FUCK IS YOUR PROBLEM? WHAT ARE YOU LOOKING AT?” I did not answer him because that would give him power that he did not deserve. I turned to her and softly said “you can do better that him”. She wouldn’t meet my gaze, but hang her head in shame. He gave me the stink eye and stormed off while she hung back.

I left the store and saw him out side. I know he saw me but he wouldn’t meet my gaze. I walked passed him and pointed him out to my family and told his story – so he could hear me. I shamed him back. I do realize I didn’t make her situation better if she chooses to remain with him.

But I planted a seed. I validated that what he is doing is not okay and she is not imagining it. That is all victims need to get the ball rolling. They need someone who is empathetic, not sympathetic. There is a difference. Sympathy implies that you want to fix the situation and will sliver line it. Empathy implies that you don’t know how to fix it, but you understand. You are the ear or the shoulder for leaning. Not every situation needs to be fixed, or can be fixed. When we love someone, we just want to fix stuff. I have a friend who is the best at being empathetic. So much so, that just him saying “I can’t imagine how you feel, but I will be your shoulder” is enough for me to feel protected and safe.

I completely understand why he is angry and abuses his girlfriend. Understanding it doesn’t make the behaviour okay.  Blaming needs to stop somewhere.

I will pay if forward because of her, every single time I see an abuser. I will make them as uncomfortable as possible because I am empathetic, not sympathetic.