I have been away on vacation, and surprise surprise….I went to Disneyland! 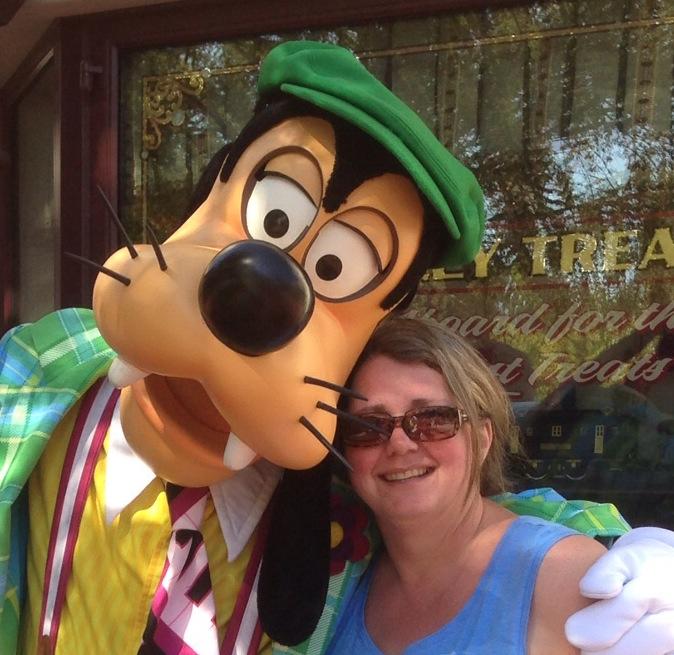 When most people travel and their friends ask them how their vacation was, normal people answer “It was great!” or with “It was fine!”

My friends asked me how my vacation was and I answered, “Awesome but weird.”

The weather was great by Canadian standards, but by local standards it was cold. It was hilarious to see people dressed in parkas and toques. Translation : winter coats and wool hats. I wore flip flops and capris…very summery attire for October apparently.

The people I met were super friendly! But why is it that once someone finds out I am from Canada, I hear endless stories about New Jersey or Philly? “Oh you are Canadian? Cool! It must be hot for you here…let me tell you about my Uncle’s fungus on his toenail.”

Yeah…. awesome. And being Canadian, I just can’t tell him to feck off…I listen politely and act all sympathetic. Poor bastard.

I went to my secret spot for Fantasmic! The Trusty Steed thought it was necessary to tell THE ENTIRE PLANET about the secret spot….so when we got there it was crowded…well played Trusty, well played. However, because I am friends with New Yorkers and a hockey fan, I have learned the time honored tradition  of ‘Elbows Up’ to secure a spot.  The great news is because I combine it with my ‘Canadian kindness’ I scored a super spot next to an off duty cast member who shared secrets with me. But UNLIKE like the Trusty Steed…I can keep a secret.

I made sure the littles (people shorter than me) were placed in front of me so they could see. I made room for a gal in a wheel chair so she could see and gave her niece crap about blocking her view. “I didn’t give up my awesome spot so an able body YOU could have it and block your aunts view…get out of there missy!” This act of kindness earned me a Jesus preaching about how kind I am and how he must smile down on me…truth be told, this was awkward.

I learned that Latina grannies are scaredy cats. I was standing in the queue waiting to board Radiator Racers when this granny turns to me and tells me her daughter is making her ride this scary ride (for the record RR is tame, no loops, no drops, it is basically a faster dark ride that is AWESOME). She asked me how it compared to Big Thunder Mountain Rail Road, I replied that it isn’t a coaster, it is fairly tame but then the cars race at the end, but it isn’t as fast as driving on the I5. She accused me of lying. So I replied with, “I am Canadian! You can trust me!” She then smiled and held my hand.

Before I knew it she had climbed into my lap and was screaming like a banshee in my ear. She had a death grip that reviled Spock’s Vulcan nerve pinch.  I can’t remember the last time I laughed that hard or had that many bruises from saving someone. I think I am ready for any Zombie Apocalypse.

I went to Mickey’s Halloween Party on Monday night. I had never been and it was fun! You line up to get your wristband earlier in the day. Mine was 11. I SERIOUSLY CANNOT MAKE THIS STUFF UP!!! Eleven is my number without even trying.

I personally know about a billion people. I can go anywhere and run into someone I know. It annoys my sister to know end. Seattle for the weekend? You bet! London in the summer? Absolutely! Calgary for the day? Of Course! So when I am in Disneyland? I ran into a great friend who I NEVER run into at home. I have to travel to a different country to see her! But it was all good and she looked fantastic! Hi Alisa!

There is something about me that attracts children and Disney Surveyors. NEVER MAKE EYE CONTACT with a surveyor…not that avoiding them helped. No less than 7 surveyors stopped me to ask questions. 7! I was in the parks 5 days! I would hide, look the other way, walk the long way around and was captured EVERY TIME.

I better get a promo code out of the deal…

Why didn’t I laugh, you ask?

DUDE! She was SERIOUS! Never hurt a little kids feelings!!! She felt special and I honored it…however, it will remain my ALL TIME FAVORITE MEMORY  until my next Disney trip in January, where I am sure someone will top that. 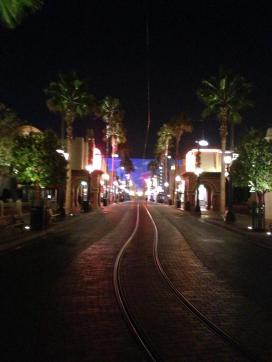 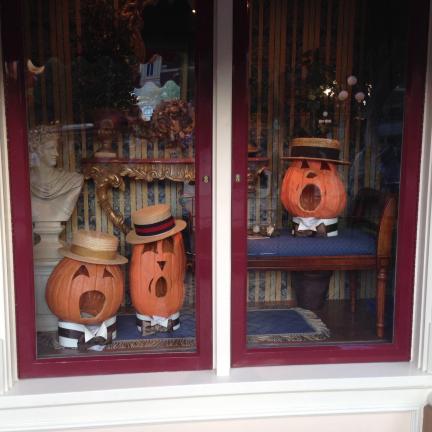 One of the great windows on Main Street

Mary Poppins and my Boyfirend 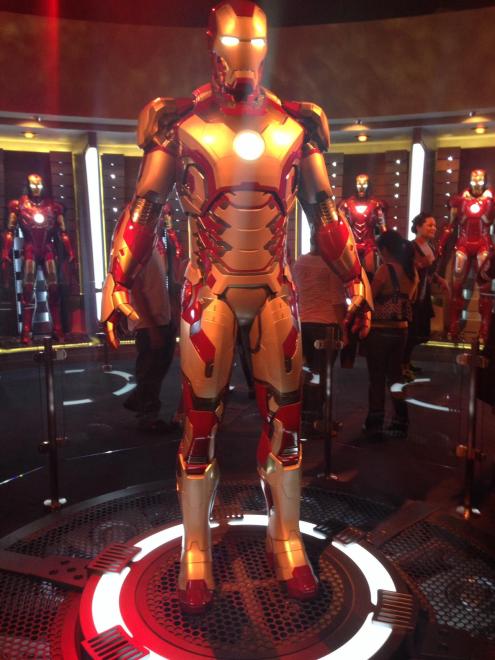 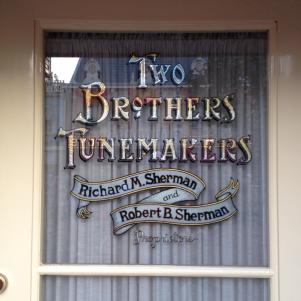 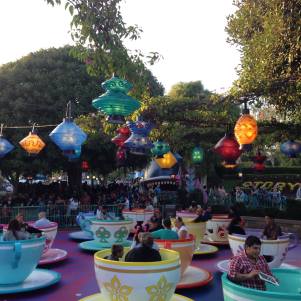 Obviously I should have bought this

He had REAL MUSCLES

Back to school with the Monsters!

5 thoughts on “Riddle me this: Why can’t I have a ‘normal’ vacation like everyone else?”