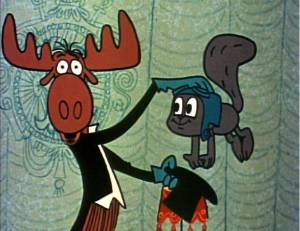 For the record, Canada is falsely depicted in The Rocky and Bullwinkle Show. Don’t get me wrong, that is a GREAT bit of animation and humor. The Dudley Do-Right is a great hero in spite of his bumbling efforts. Nor should you believe the depiction of Mounties from the Canada Pavillion in EPCOT. The RCMP are

not rescuing helpless maidens from train tracks. Don’t get me wrong, the WOULD rescue one but the maidens here in Canada are brilliant, strong and independent women – at least the few million ones I personally know. I know for a fact the RCMP are smart, strong, professional and I am thankful every day they protect us.

For those of you not in the know, RCMP stands for Royal Canadian Mounted police. They only wear their Red Serge on special occasions. You will not see them riding around on horse back in their dress uniform any old day. It is only on special occasions, like if the Queen comes to tea or if a member gets married (which I am proud to say I will witness this September!)

During my Big Adventure to Saskatchewan, I had the privilege to visit the RCMP Heritage Centre. Regina is home to the RCMP training facility. I toured it and I haven’t had the same surge in pride since I went to Vimy Ridge in France.

I went with ChatterBox and Godmother – not Fairy Godmother, she is different. It happened to be Graduation Day for the latest Cadets. They were walking around in their dress uniform showing their families where they trained for the last 6 months with their Regiment. You could see the pride on the parents faces. This is a tremendous deal. The RCMP have a long and honoured tradition here in Canada, and now those graduates will be privilege to join those who had valiant careers before them.

While we were in the Center itself, Chatterbox went to solve some forensic mysteries – and did. While I was watching her examine bullet markings I had a real sense that this may be the start of something huge for her. I had a flash-forward moment of her part of the civilian forces in a forensic lab somewhere in the future. She could do worse, the RCMP are world renowned for their blood spatter identification and solve mysteries for other police departments world-wide. Not too shabby for a country of 34 million. 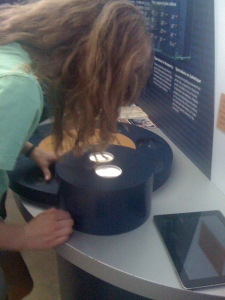 We took the tour of the barracks and training facilities because, who are we kidding, it all started there 139 years ago. Canada is 145, so what the heck did we do without them for 6 years? Canada was in chaos I tell you, CHAOS! 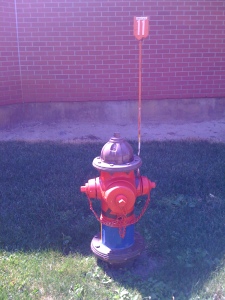 The highlight for me – other than  fire hydrant #11 ( said to my Godmother, the tour was worth the price of admission to Saskatchewan and there it was #11 agreeing with me) standing in front of the parade square at the RCMP memorial when a new Graduate in her long skirt and surge walked by the memorial and saluted. THAT was a powerful moment. Pride swelled within me knowing that Respect is still a value upheld by Canadians.

Although you can find Squirrel and Moose Street in Banff, Alberta – it is not anywhere in the RCMP HC. We saw Street signs that were named for fallen members. On the sign was their regiment number. In 139 years, 222 RCMP members have fallen in the line of duty. There were parts of the training facility civilians did not have access to. Rumors are to be had, and out of privacy and respect I will not share what is beyond the walls in the name of training. Let’s just say the amount of intense training that occurs during the 6 month time where 32 cadets live, eat, sleep and study in the same room every minute of the day

leaves me safe and secure in their ability. The RCMP would be considered elite police force. Pride does not even begin to express the feelings that were conjured up while seeing these graduates.